A couple of short, light aircraft flights delivered us from Meru National Park to the Masai Mara, our home for the next four nights. When it comes to wildlife viewing opportunities, especially big cats, there hasn’t been anywhere we’ve visited that compares to the Masai Mara.

For three nights and four days, Tim led us around the Masai Mara in search of any excitement we could find. We stayed in the Olare Mara Kempinski Masai Mara camp, located on a conservancy that borders the national park. Returning to a conservancy, we were excited to search for the leopard that had so far eluded us. It didn’t take long.

During our four days in the Mara, we crossed paths with the big cats often. Leopards in trees and on the ground, leopards on their own and and one teaching her cub to stalk, a cheetah and a then a cheetah with her cubs. Lions were everywhere –  lions and lionesses, old lions, young lions, prides of lions, lions feasting on their fresh kills. Each drive brought a fun new sighting.

One afternoon, we organized a walking safari and Tim took the girls on a wildebeest chase. They never did get very close, but did get to run off some energy trying. The sounds of excitement lured in a hyena. Tim had the girls crouch down so the hyena wouldn’t feel threatened, and then took some time to teach them about the hyena behavior. Every day brought new opportunities for learning. On our last full day in the Mara, we began with a sunrise hot-air balloon ride over the National Park. Peacefully gliding over the giraffes, zebras and antelope grazing on the open planes in the early morning light is an experience and mental image that I’m sure we will all remember for a very long time. 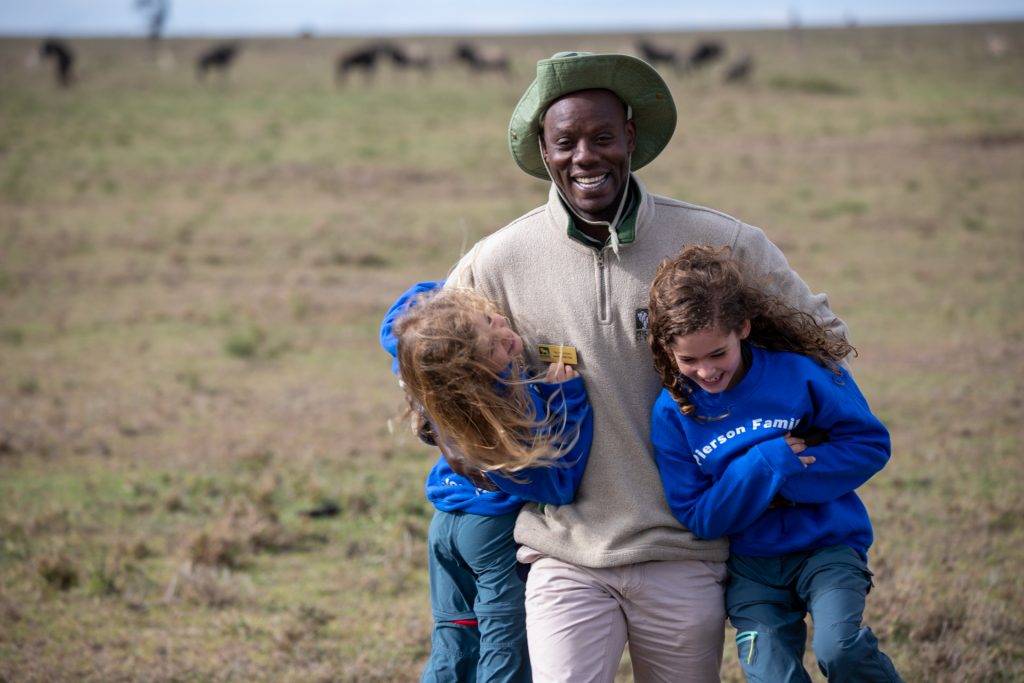 Our overall experience in Kenya from start to finish was exceptional, Tim, our safari director was a big reason why. In addition to always staying a step ahead of us, doing things like organizing snacks for our own always hungry lions on longer travel days, calling ahead to rearrange flight times to maximize our time on the ground, sharing his vast animal knowledge and always making sure we were prepared for the days adventure, his full of life personality made the trip so much more enjoyable for all of us. Having two young children of his own at home, he was perfectly comfortable interacting with the girls and wasn’t fazed by our constant requests for restroom stops, or need for running around.

Tim was always teaching the girls something and had many stories that helped bring a new perspective to many of the things we were seeing.  When we came across our first pride of lions, Tim shared how when he was a young boy, age 7 or 8, he was walking to school one day and came across a pride of lions in the pathway. He returned home telling his mom there were lions and he couldn’t go to school. After a firm beating and being told to walk around the lions and get to school, he carefully found another way to school. The lions weren’t as fierce as mom when she was angry…

Tim himself grew up in a village similar to the Samburu village we visited. When he was 9 or 10, he and some friends were a few hours walk from home en route to a neighboring village. The group was throwing rocks into a river to scare the crocs away before they crossed when they saw a woman taking photographs of them. Tim did a silly pose when he saw the photo being taken, then went about his way across the river.

Two years later, the woman returned to Kenya, in hopes to find the boy she captured on film in the long t-shirt and big smile. With photo in hand, she eventually tracked Tim down in his home village, and offered to sponsor him through school. Now, almost 30 years later, he’s successfully finished school and university, has a young family of his own and works educating others on conservation and sustainable tourism. 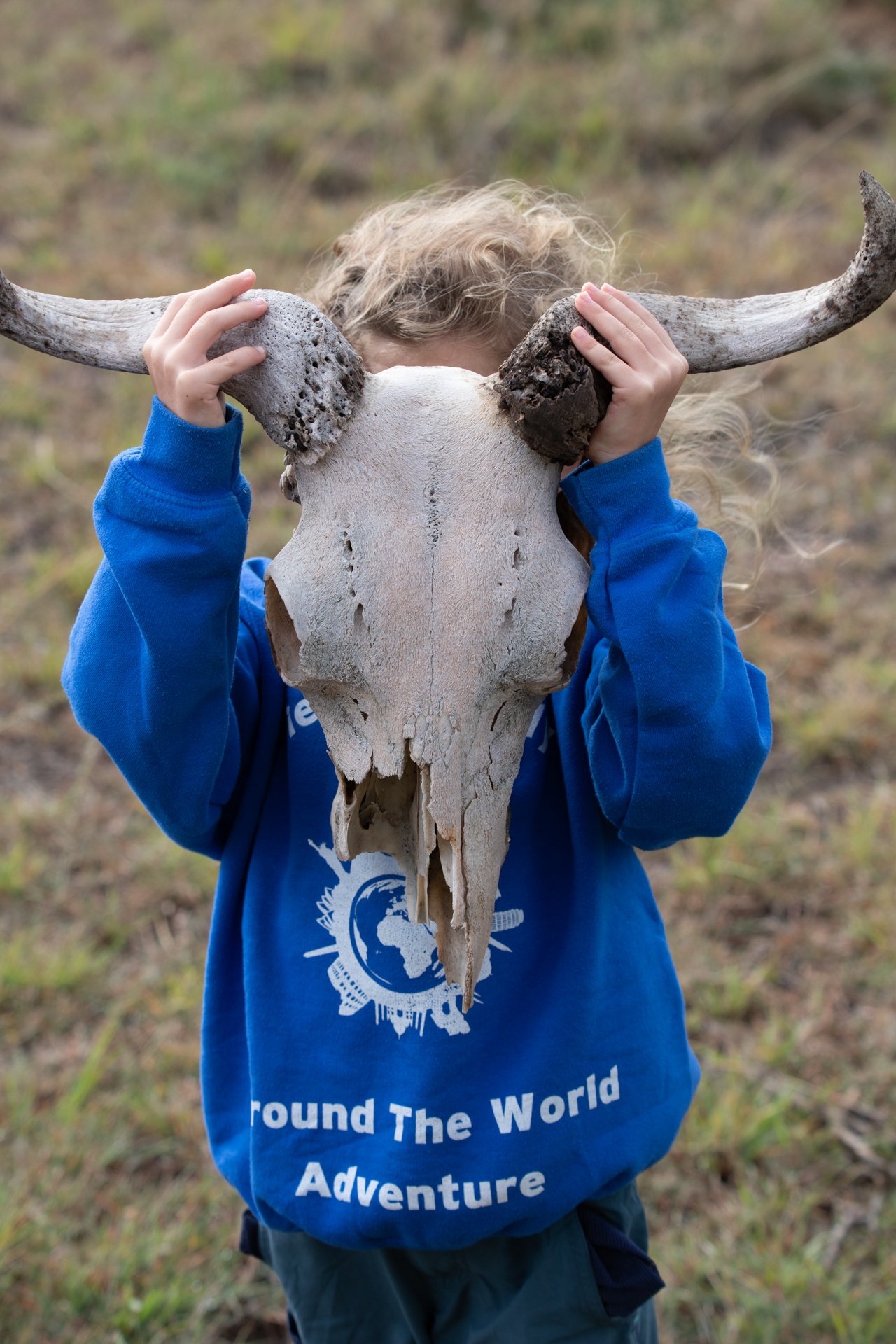 Four days in the Masai Mara with Emily

On Thursday, we flew past the Samburu village where Tim was born. At the the airport, our new driver Dawson picked us up. He took us to huge lions, one lioness and six cubs from three litters. After lunch in camp, we went on another game drive and found our first Leopard, her name was Fig. Not far from Fig, we heard a dic-dic scream, but don’t worry, it didn’t get killed. Fig also stalked some baby giraffes, but didn’t get those either. After that, we we lost Fig for a while, but found another leopard in another tree. This time it was Figlet, her daughter. When Figlet didn’t come down out of her tree, we went to the sundowner that we thought we wouldn’t have. We played tag until a Hyena tried to come and eat us. A cape buffalo came to say hi too. Then, our crazy guide, Tim, got down on the ground with the hyena and started creeping toward it! This scared the hyena away. It was another crazy day with our crazy guide, Tim.

On Friday, we got to chase wildabeasts on foot! Tim said they had the main and tail of a horse, stripes of a zebra, face of a grasshopper and the brain of a housefly. Tim also said he used to pick up fresh elephant dung and drink the juice out of it when he was walking a long way through the bush and needed water! When back in the car, we foudn a cheetah and her babys. The only thing that started to stink was one of the baby’s was playing with a plastic bag it had found. I mean, who would throw a plastic bag out for the cheetahs to eat?

On Saturday, we got to crawl into a basket. Fans then started blowing air, all of a sudden, boom, just like that we were in the air. This was called a hot air balloon. Different wind currents would carry the balloon in different directions. After the ride, we had a pretty good breakfast in the bush. On the way back, we saw a cute little leopard pouncing on his mom. she played along well. Once he hid behind a blob of grass he was bigger than. He was really cute. We then saw like 25 lions! They were huge at least six were eating a wildabeast.

We then ate lunch and went to see a really fancy hotel. We saw a room and the manager there gave us a rubber duck. On the way back to our camp, we found hippos in water that looked like melted dung.

On Sunday, before going to the airport, we saw a pair of mating lions. We actually saw two pairs. When mating, they don’tn eat for four days and mate every 15 minutes. Then we saw figs’s youngest  baby, Faraha, that means “happy”. Fig kicked him out because she got prego to fast and was going to have another baby.

We then returned to Nairobi and spent our afternoon with Faith. She had put new braids in her hair, and she played on her phone with us. We are all sad to leave Tim, Faith and Kenya after having such a great time. 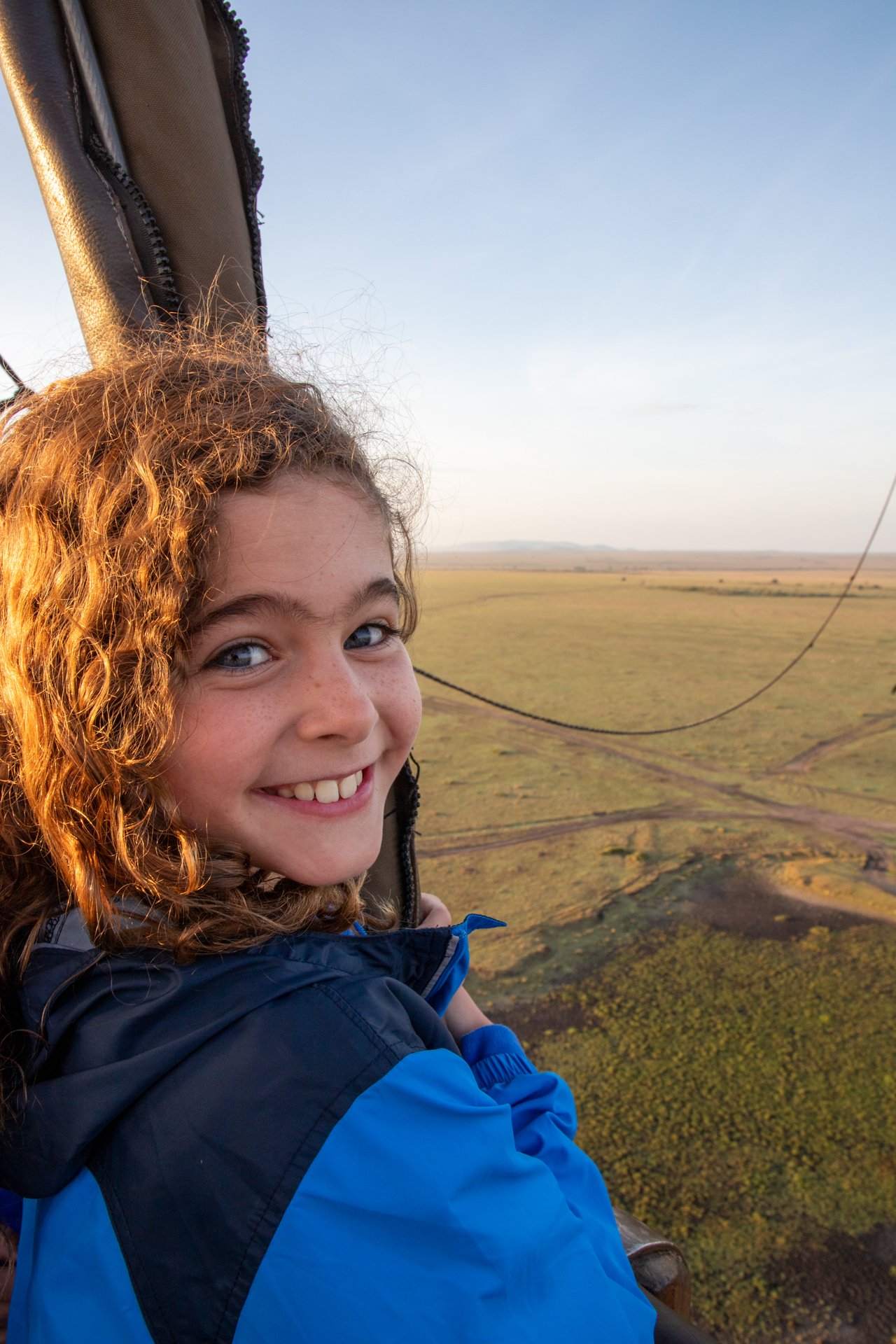 The Masai Mara with Angela VI

“Yay, we can off-road again!,” I thought to myself as we were clambering into our safari truck. I was so excited! On our way to the camp, we saw a few lions, and a few new antelope – Topi, Wildebeest, Water- buck, Gazelle and the Tommy.  After we got settled in we went on a game-drive and we saw a LEOPARD! Her name was Fig! and if it wasn’t enough, we also saw her daughter, Figlet! What a lucky day.

The next day, while we were in the middle of a game drive, Tim says to stop and we got to get out and chase wildebeests! Later that day, we went on a walking safari and Tim told us how he used to drink the juice from fresh elephant poop when he needed water. While on the walking safari, we found more wildebeests and we got to chase them too! A hyena even came up to hunt, so we got to crawl to her. Hyenas are in the top 3 of the food chain and mommy freaked out! Sadly it started to rain, so that ended our walking safari. On the way back to camp we saw a cheetah with her cubs. It was so cool, except that one of the cubs was playing with a plastic bag it had found.

On Saturday, we went on a HOT AIR BALLOON RIDE! It was the coolest. When you got in the basket, it was on it’s side. As the balloon filled, the basket stood up so we were in a seated position. There were four compartments for guests and one in the middle for the pilot. Tim even got to go with us, and he helped the pilot identify animals twice.

While in the air, we saw topi, gazelle, wildebeests, Tommy, and a beautiful sunrise. Way off in the distance, some saw a lion, but I didn’t actually see it ’cause i’m short. When we landed, I got kind of scared because I thought the basket would tip back over. It only slid, went up a sec, then slid again, until finally, it came to a complete stop and we all clambered over and out. Breakfast was included when the ride was over, and on the way to breakfast we saw a leopard with her cub.

On our way back to camp we saw an entire pride of lions and one of the families were eating a wildebeest. Best day ever!

On Sunday, we came across a pair of mating lions, but we didn’t get close enough while they were mating to see exactly what was happening cause it’s not age appropriate. We saw another pair, but the girl did’t want to mate, so the boy kept smelling her urine because that would tell him if she was ready or not. In the end, they ended up mating, but boy did she play hard to get!

Later that day, we saw Fig’s youngest baby, Farakah, which means “happy” in Swahili. She was technically too young to be out on her own but her mom Fig kicked her out when she was prego again. Farakah left her mom when she was only one and they leopards usually stay with their mom until around age 3. Poor Farakah!

Sadly, the next day, Tim had to bring us to the airport and we had to say good-bye. Waaa. Tim is the best – we know we will see him again!

There are many ways to experience Spain- explore a few of the adventures you can enjoy with some of our Premier Preferred Partners! Contact any of our team members for additional information on any of our partners and to discuss which may be the best option for you.

While a few of our cruise partners visit Kenya, the best way to truly experience the country is to also spend time in some of the camps, parks & concessions.

A cruise may provide you with an opportunity to touch the outer edge of the country of Kenya, but in order to experience all the country has to offer, one needs to get in and explore the interior of the country. We were very fortunate to spend our two weeks in Kenya under the guidance of Micato Safaris. 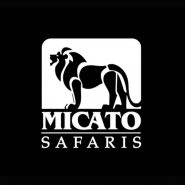